Durham Region: Developments You Need to Know About

Durham Region: Developments You Need to Know About

Ever since the industrial asset class took off and became the prize of the commercial real estate industry, capital has flooded in, trying to get a piece of the proverbial pie.

And although there is money to be made across all asset classes – depending on the individual asset – the past two years have only seen more and more players re-allocating funds towards Big Box warehousing and logistics space, as well as industrial condos and last-mile infill distribution centres.

Despite the fact that there is a housing shortage (and industrial land values have skyrocketed), developers have shown a preference towards product that is relatively easy to construct, is always in demand, and that is sought-after by corporations with some of the strongest covenants around. To say that industrial projects are as close to risk-free as possible would be controversial, however, even cryptocurrencies, stocks, and bonds, as of late, might also agree.

As both a broker and analyst of the industry, I have covered many of the highlights and milestones during this period. The brokerage and investment community collectively sounded the alarm that pricing was appreciating rapidly, while available opportunities were becoming rarer and rarer by the quarter. Some may have felt this was grandstanding or embellished language; yet it has all come to fruition.

Now, it seems as if we may have reached the point we had all been warning about. Back in 2019, and even throughout 2020 and 2021, these statements remained true. Values were at all-time highs, and securing the right space was as difficult as it had ever been. But many a decision maker may be happy to travel back in time and deal in those conditions compared to today.

The truth is, it’s becoming even more difficult to purchase, lease, or develop. If you have an asset, you’re assuredly in the driver’s seat, however, this doesn’t grant much comfort to those sitting on the other side of the negotiating table.

Developers, investors, and tenants are moving West and North to ‘secondary’ markets, looking for value in below-market rents and newly blossoming communities. That said, they are meeting with the same competition, and you can only go so far before you find yourself far outside the City.

There will always be opportunities in markets with tight supply, slimming margins, and expensive values. But, what if there was a geography seemingly overlooked? What if there was a jewel nestled among the chaos; missed by those hyper-focused on the Western corridor?

Well, in this writer’s opinion, almost all of the GTA’s submarkets are a viable source of opportunity. Yet, Durham Region is one that is both in closer proximity to the Core than many of its counterparts while offering tremendous value in the market value of space and land, as well as rental rates.

That’s why, for this week’s newsletter, we will begin a closer look into Durham Region – examining what separates it as a key destination for Investors and Occupiers, while highlighting some new projects you need to know about.

As outlined in our previous issue, Durham Region is a regional municipality directly east of the City of Toronto and is comprised of Pickering, Ajax, Whitby, Oshawa, Clarington, Scugog, Uxbridge, and Brock.

The first four municipalities, however, (namely Pickering, Ajax, Whitby, and Oshawa) have excellent access into the Core through Highways 401 and 407, as well as numerous corporate occupiers – including H&M, Kubota, Aosom, Bad Boy, Gordon Food Services, Toyota, and Geodis – relocating their operations to realize significant cost savings; bringing employment to the Region.

The City of Pickering acquired prime, well-located land from the Province in an innovative approach to directly facilitate the development of employment lands and attract new business.

This initiative has become known as the Pickering Innovation Corridor, or Seaton Lands, which are comprised of 800 acres along Highway 407 between York-Durham Townline and Brock Roads. As a result, we have seen a significant amount of investment and development from private and institutional developers, as well as businesses looking to relocate or expand. 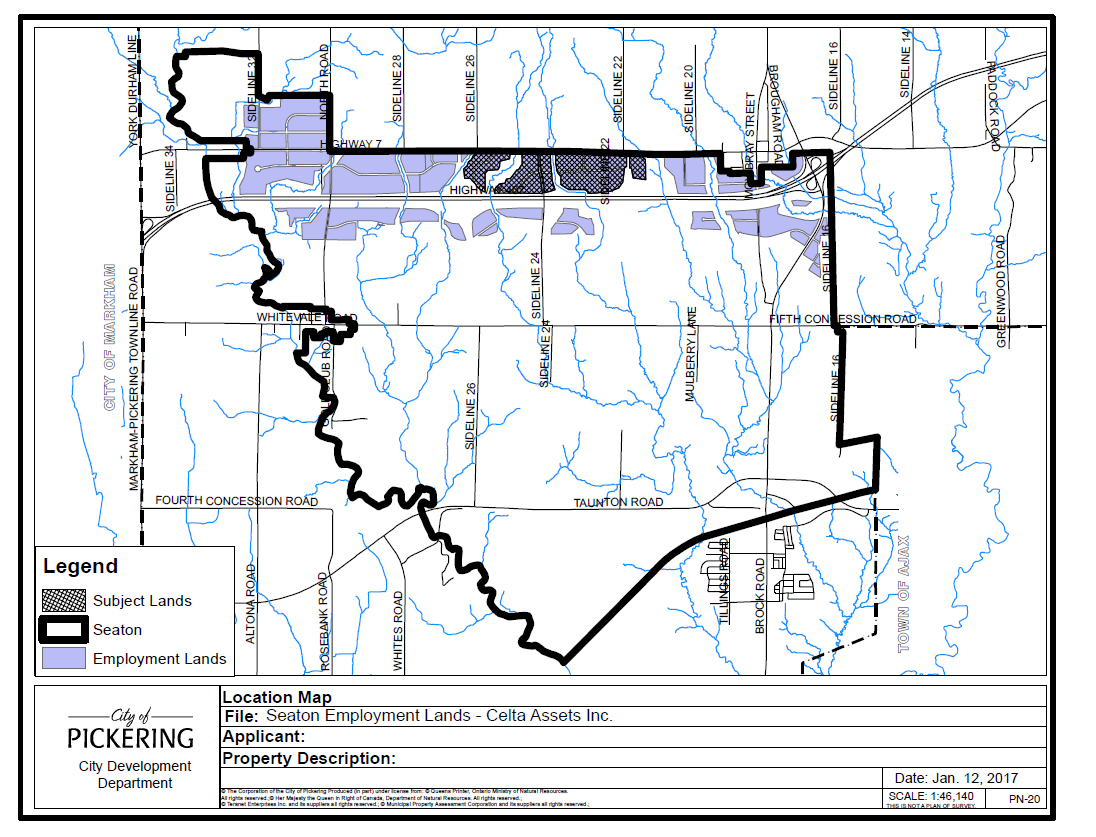 The Town of Whitby has designated approximately 760 acres as employment lands. Situated towards the north end of the municipality, the area is in close proximity to Highway 407.

According to InvestDurham, a mid-block arterial road will be constructed from Ashburn Rd to Garden St, running parallel to Highway 407, in an effort to further connect the area with major transportation routes and public transit. Several major projects have already been proposed from Thickson to Garrard along Conlin, reportedly by well-known developers such as Panattoni, Broccolini, and Anatolia.

The City of Oshawa has designated approximately 500 developable acres – titled Northwood Buisness Park – as a Prime Employment Development Opportunity. The park is bounded by Taunton Road West to the south and Highway 407 East to the north, and stretches from the Oshawa-Whitby border to the west across to Oshawa Creek to the east.

All available locations are just minutes to Highways 401, 407 East, 412 and 418. Furthermore, they are served by Durham Region Transit – providing ability to tap into the labour pool – and close to Oshawa Executive Airport, which includes Canada Border Service; an attractive feature for transportation and logistics companies importing goods. 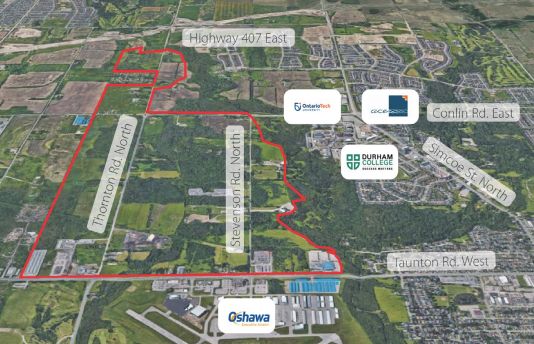 Above are seven key Durham developments you should be aware of. These projects are all modern, state-of-the-art warehousing and distribution centers with higher clear heights, excellent shipping capabilities, and access for trailer parking.

All properties will provide ample access to the Core through Highways 401, 407 and 412, allowing Users to tap into the labour and consumer markets of Canada’s largest city. 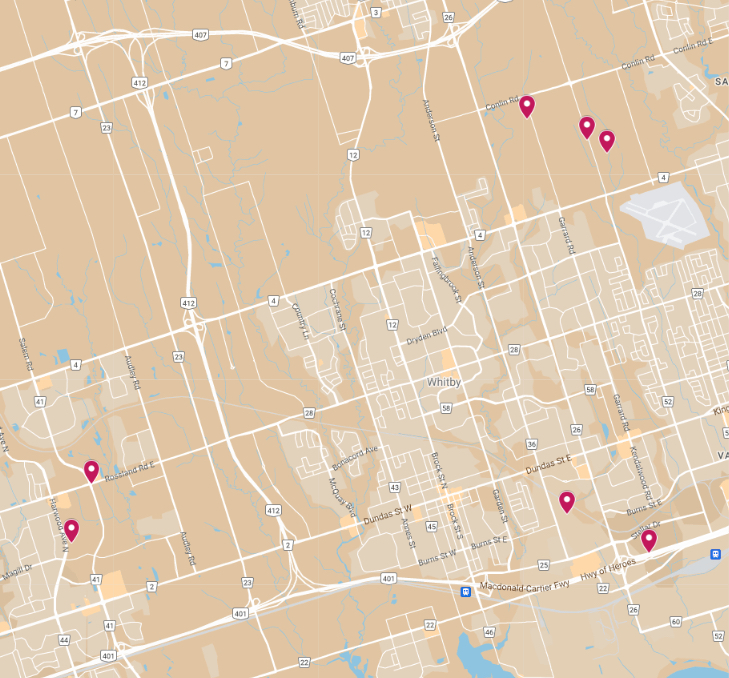 The estimated possession dates range from Q2 2023 to Q3 2024, however, it is widely expected that these spaces will be pre-leased in advance of completion. For more information on any of these developments, please contact our team.

If you are looking to construct an industrial property in the GTA, then you should be aware that, for the foreseeable future, the cost to do so will only go up. Of note, materials, labour, industrial land, and development charges have all significantly increased; and are not expected to go back down anytime soon.

It is because of these reasons that Durham Region makes the case for Investors and Occupiers of industrial space in the GTA to consider developing, expanding, or relocating.

While much of the focus has been on the GTA West and North Regions, as well as the Greater Golden Horseshoe extending into Guelph and Waterloo, Durham Region can provide phenomenal value, excellent upside, and great location and access to the Core.

For those Investors and Occupiers looking to find or develop space in 2023 and beyond, Durham Region should be included in your shortlist of target markets.

It is for that reason that we will profile several of these new and upcoming opportunities in our next issue.

In the meantime, if you would like a confidential consultation or a complimentary opinion of value of your industrial asset, please give us a call.

Goran Brelih and his team have been servicing Investors and Occupiers of Industrial properties in Toronto Central and Toronto North markets for the past 30 years.

Over the past 30 years, he has been involved in the lease or sale of approximately 25.7 million square feet of industrial space, valued in excess of $1.6 billion dollars while averaging between 40 and 50 transactions per year and achieving the highest level of sales, from the President’s Round Table to Top Ten in GTA and the National Top Ten.

Goran is a Past President of the SIOR ‐ Society of Industrial and Office Realtors, Central Canadian Chapter. 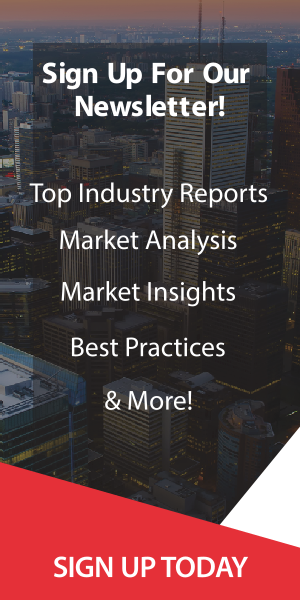