The GTA Industrial Market vacancy rates dropped to an all-time low of 1.5%, while Landlords and Developers are delivering a record high 9.5 million square feet under construction – 52% of which is pre leased.
New supply in Q4 amounted to 2.62 Million SF, while new supply in 2018 was 6.33 Million SF.
The average asking lease rate is $7.40 PSF, while new construction with 36’ high ceilings and higher is demanding more than $8.00 – $8.50 PSF net.
Leasing and sales activity reached 6.8 million SF and 5.0 million SF, respectively, in Q3 2018, with with 30.5 Million SF and 19.7 Million SF for the year.
Demand from E-Commerce, 3PL and Logistics companies remains the main driver of the aforementioned activity across the Greater Toronto Area.
Rental rates are expected to increase further due to the lack of supply of existing facilities, scarcity, high cost of industrial land, rising cost of raw materials and labour, and an increase in development charges.
CAP rates are between 4.5% – 4.7%. 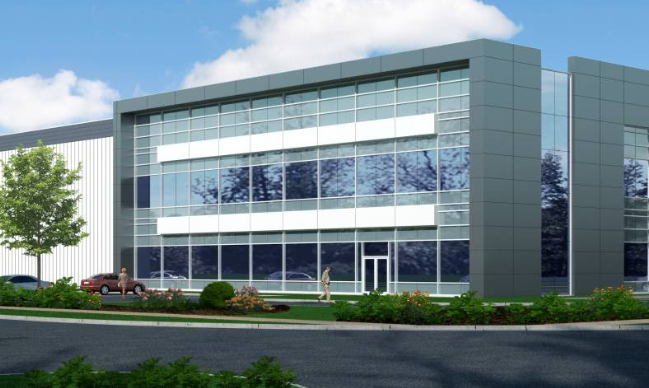 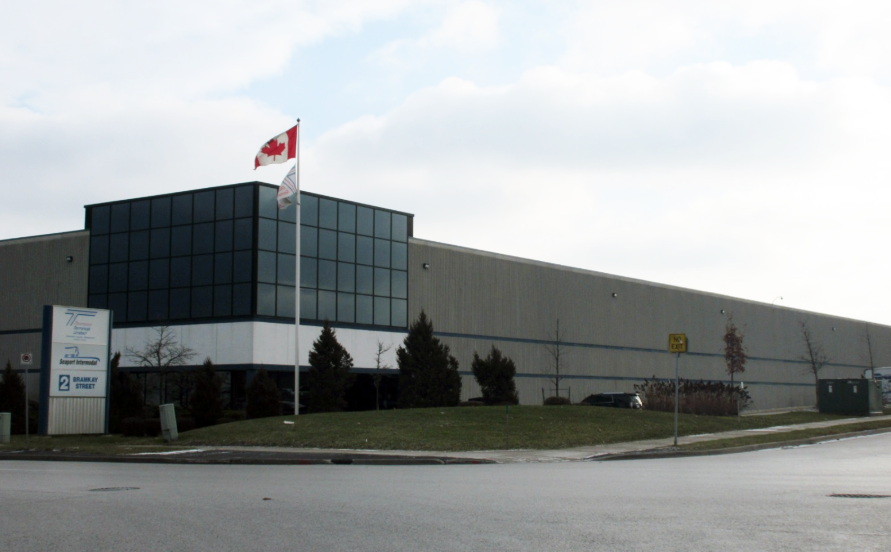 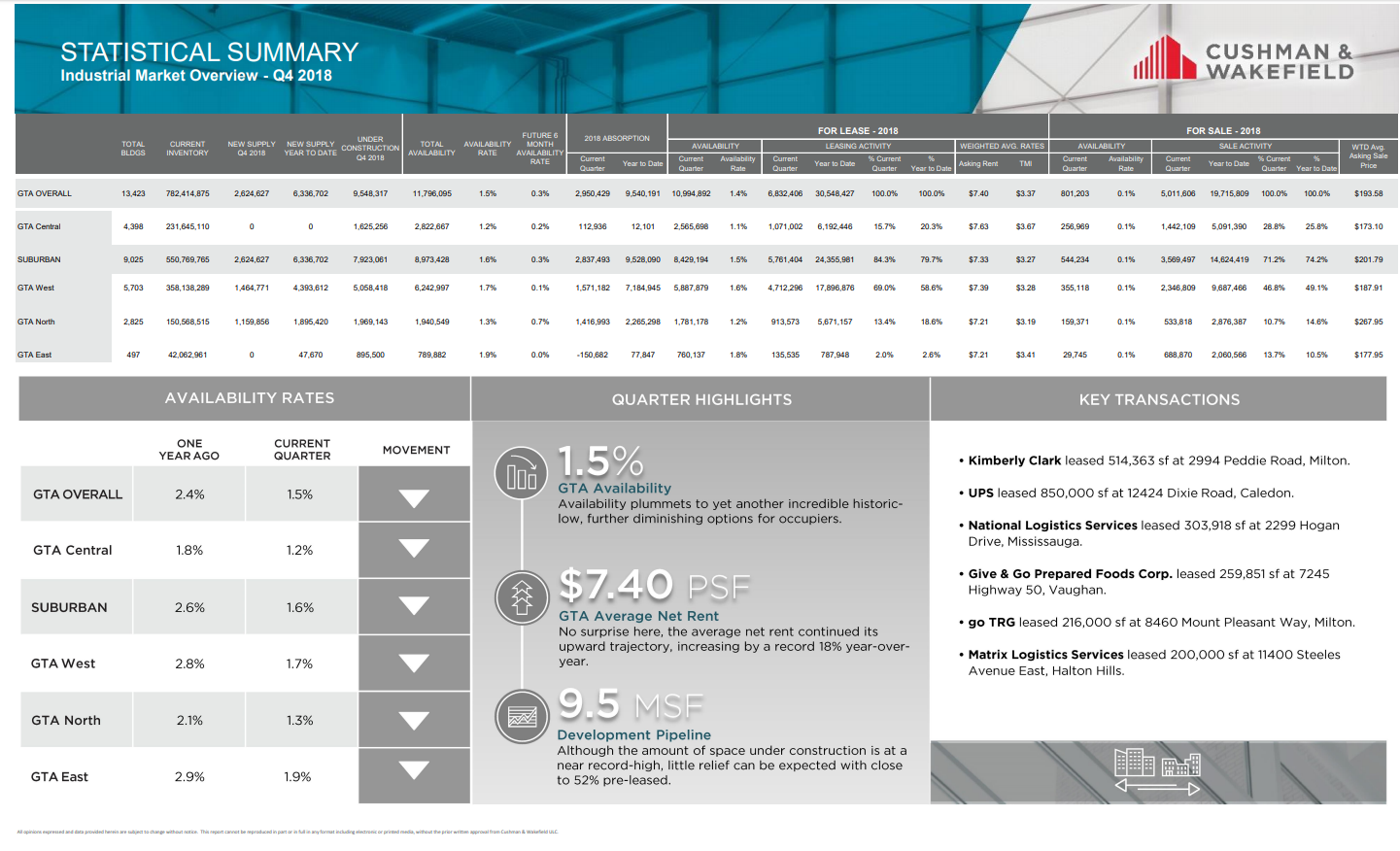 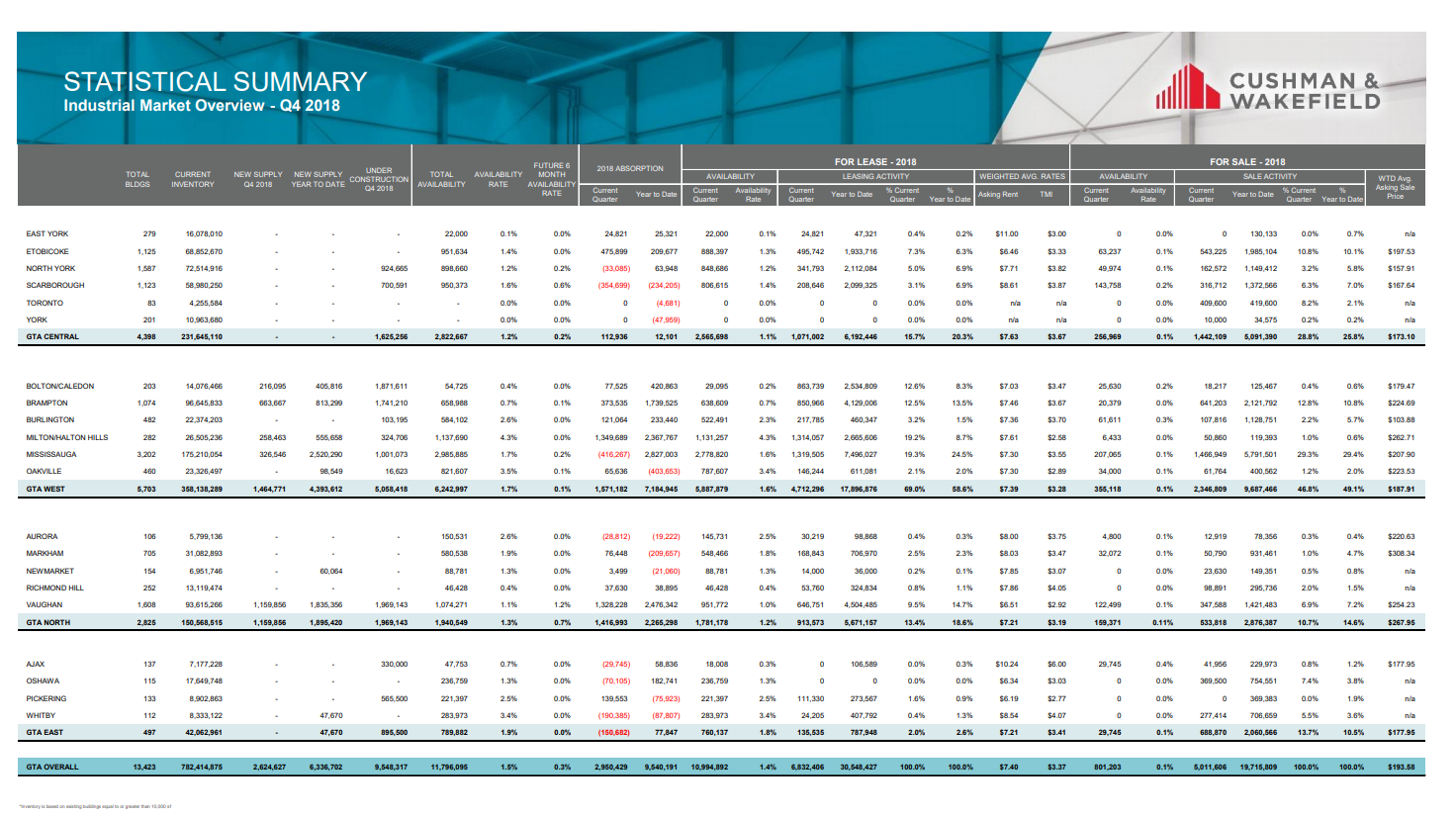